All COVID restrictions have been removed.
Find more information here.

We rely on your travel reviews! Email a writeup of your travel experience and photos to travel@southafrica.to and get published on our website. Photos are also welcome!

Airlink is The Most On-time Domestic Airline for 2022 so Far!
Airlink currently has an on-time score of 97,35% for the year to date (March 2022). This allowed them to narrowly beat out the competition. 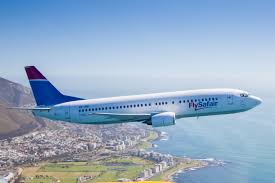 FlySafair Has an Average On-time Score of 98% for 2021! If you want to get somewhere on-time, FlySafair is your safest bet! They scored an average of 97,7% on-time performance for the first three months of year. 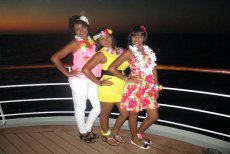 MSC Sinfonia Cruise was Great
Jenny Padaychee and her family enjoyed their cruise on the MSC Sinfonia from Durban to the Portuguese Island. 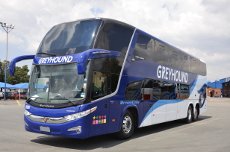 Greyhound Bus South Africa
Looking for something cheaper than flights? Greyhound busses are back and operating some of your favourite routes at affordable prices. 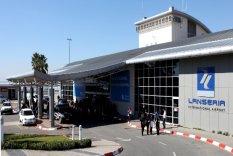 Lanseria Airport Now Boasts Multi-story Parking Lot
Expect loads of photos to be taken on your cruise with MSC. They're expensive, but well worth it for the memories. 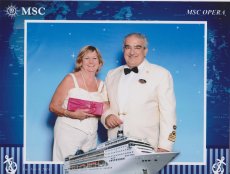 Cruises with MSC 2016/2017
Expect loads of photos to be taken on your cruise with MSC. They're expensive, but well worth it for the memories. 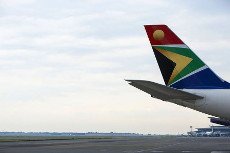 Missing Shoe on SAA PE Flight
In a first, a passenger walks off his flight with only one shoe after some shenanigans from the EP cricket team.

Sinfonia cruise was our first


An awesome experience on our first ever cruise on the MSC Sinfonia.

FlySafair Regional Routes Get Approved
Soon we'll be able to board one of the most on-time airlines for flights to Vic Falls, Windhoek, Seychelles and more.

LATAM is Back!
The South-American airline will resume services between Johannesburg and Sao Paulo next year.

LIFT Introduces New Domestic Route
The domestic airline has announced that they will start operating flights between Johannesburg and Durban later this month.

More Direct Flights from Cape Town to London
Getting to the UK wil be easier this festive season! Virgin Atlantic is finally back, offering direct flights between Cape Town and London from 5 November 2022.

Entering SA Just Became A Lot Easier
The new updated COVID-19 entry regulations are making it a lot simpler for travellers to enter South Africa, including doing away with the entry requirements for those under 12 years old. Find all the latest requirements here.

Greyhound is Back!
After a brief absense from our roads, Greyhound is resuming operations on 13 April 2022. Find a full list of routes operated here.

More Connections to the US on the Cards for SA
United Airlines hopes to launch direct flights between Cape Town and Washington before the end of the year.

Cape Town Cycle Tour Flights & Bike Transport
We've rounded up flight prices from Johannesburg to Cape Town for the Cycle Tour. Use our sheet to determine the cheapest way to get yourself and your bicycle to the start line.

SAA Adds Domestic Route
Flights between Johannesburg and Durban will be the airline's second domestic route when added to the schedule on 4 March 2022.

Progress in the Sale of Majority SAA Stake
The Takatso Consortium has finally signed on the dotted line to purchase 51% of SAA. The sale won't go through until it has been approved by various regulatory bodies.

Delta Airlines Plans Direct Cape Town Flight
The airline applied for year-round rights to fly between their hub in Atlanta and the Mother city. If approved they will operate three flights a week.

Emirates Returns to SA
After more than a month's absense, Emirates has finally returned. With that they've simplified their boarding requirements, doing away with the 6-hour PCR test.

FlySafair Mauritius Flights
FlySafair will finally launch flights to Mauritius later this year. Find out all you need to know about this service here.

Where Can Vaccinated South Africans Currently Travel
Omicron cut down our list of international destinations South Africans can visit, but luckily it is growing again. With the Seychelles, Germany and now France allowing Saffas we're hopeful that the world will soon be our oyster again! Find all the entry requirements in the article.

SAA Denies Merger With Kenyan Airways
SAA denied an agreement to merge with Kenyan Airways and said instead the two airlines will just continue working together in accordance with the Strategic Partnership Framework signed in November last year.

The World Shuts Down Travel to SA
Due to the Omicron variant being identified by scientists in South Africa, first the UK and then the rest of the world imposed travel restrictions on South Africa. South Africans now have very few international holiday destinations to choose from, mostly limited to destinations in Africa.

Turkey One Of Latest Countries To Open To SA
Turke has dropped the quarantine requirement for fully vaccinated South Africans, making it one of the latest countries that no longer imposes restrictions on travel from South Africa. A negative PCR test and passenger locator form is still required.

Alitalia Re-launches as ITA
The Italian national airline, Alitalia, is no more. In it's place you'll now find ITA, which is basically the same airline just rebranded.

UK Removes SA From Red List
Travel to the UK can resume from today, 11 October 2021, as South Africa is removed from the red list and our COVID vaccinations are being accepted.

SAA Changes International Schedule
The airline has reacted to lower demand for their international flights and reduced the frequencies of most, delaying other routes until December.

SAA Releases Plans To Take To The Skies
If everything goes according to plan, we could have a national carrier back in the skies by the end of the September.

Emirates Comeback!
After months of absence, Emirates is finally resuming passenger service to South Africa on the 6th of August 2021. All you need is a negative PCR test no older than 72 hours in order to transit through Dubai to any of their wonderfull destinations!

Gauteng Leisure Travel Resumes
As SA moves down to lockdown level 3, leisure travel to and from Gauteng can resume from 26 July 2021.

Mango Comeback
With their SAA bailout money on the way, Mango returns with just three routes and reportedly just 2 aircraft.

Government Reveals Plan To Sell Majority Stake in SAA
Not only has government found an interested party in purchasing SAA, they will also let go of their majority shares.

FlyAfrica Announces Comeback Plan
If everything goes according to plan we could see low-cost regional airline FlyAfrica resume operations by mid-June.

New Flights Between New York and Johannesburg
United Airlines are going ahead with plans to launch daily flights between Johannesburg and Newark this June despite COVID restrictions still being in place for South Africans.

Mango Plans to be Around Until the End of May at Least
The airline has now loaded flights until the 31st of May 2021, while they wait on funding to hopefully stay around a little longer.

SAA Exits Business Rescue
Controll of the business was handed back to the airline's board on 30 April 2021 after the airline received partial payment from the goverment offering the necessary debt relief.

Mango Airlines Struggles Financially
Following announcements that the airline was stopping both Zanzibar and domestic flights in May, the airline retracted on Friday afternoon stating that they will in fact not cease domestic operations.

Air Namibia Enters Liquidation
It is the end of an era as Air Namibia flies its last flight on the 11th of February 2021, after 74 years in the industry.

Goodbye Greyhound & Citiliner
The coach companies announced earlier this week that they will cease services on the 14th of February 2021.

FlySafair Announced Mauritius Flights
The airline announced yesterday that they will be launching flights between Johannesburg and Mauritius as soon as the island's borders are open to SA tourists.

Emirates Extends SA Ban
Emirates has extended their suspension of SA flights for the second time to the 12th of February 2021.

SAA Comeback Delayed
No immediate plans for our domestic carrier to restart domestic flights despite initial reports of a January reboot.

Lift Makes Some Changes
The airline announced that they are abandoning their George route for now.