Earn exclusive SouthAfrica.TO cruise vouchers by emailing us a review and photographs of your cruise from Durban.

Cruises are restarting in Durban in Nov 2022. Enjoy island cruises from Durban to Portuguese Island, Inhaca, Pomene or Mauritius; or to Cape Town. Over New Year at the end of 2022 there'll be a 13 night cruise from Durban to Mozambique, Mauritius and the Seychelles. Early bookings get up to 40% discounts. Cape Town has the mountain, but Durban has the warm water :)

To get a cruise quotation from Durban please fill in the form below - the questions have been especially tailored so as to enable our cruise experts to find the best cruise special for you. Navigeer na Ritsgids se Durban bootreise webblad om die Afrikaanse weergawe van die blad to sien (email cruises@southafrica.to if you're experiencing difficulties).

MSC Cruises South Africa operates boat trip along all the above routes. There are also the occasional cruises from other liners, like Silversea. There are no longer cruises from Durban to Ilha de Mozambique or to Madagascar.

Durban cruises are known to be the best in South Africa because of their favourable weather conditions (unfortunately cruises from Cape Town suffer the curse of the prevailing south-easterly wind), the warm waters of the Indian Ocean (compared to the chilly waters around Cape Town) and quality destinations - think beautiful Indian Ocean island destinations and sun-drenched beaches of Mozambique.

Reviews of cruises from Durban 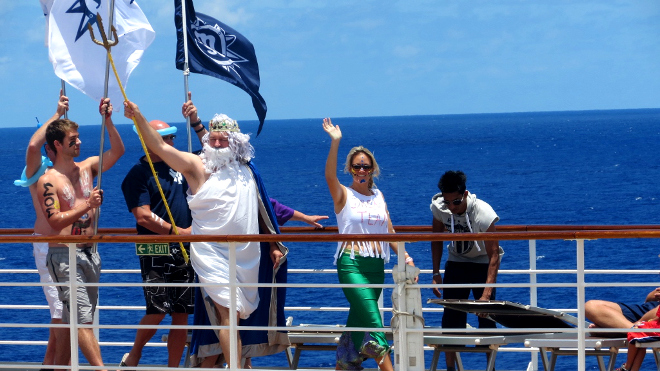 Whilst there are mostly MSC cruises from Durban, on the MSC Opera and MSC Sinfonia, in January 2014 season we are also offering ultra-luxury cruises from Silversea.

South Africa has 3 ports which have been nominated for the 25 annual World Travel Awards in the 'Africa and Indian Ocean leading cruise port for 2018', Durban port being one of them. The port has seen over 180 000 passengers in the year of 2017 through 56 vessel calls. Durban has one of the busiest ports in Africa and can also be seen as home for MSC ships here in South Africa. For the 2017/2018 cruise season, Durban will be welcoming the MSC Musica for the first time. The MSC Musica is even larger than the MSC Sinfonia which has retired from South African waters and ventured on to Europe. The difference is size might due to and expectation of an increase in number of passengers based on the 173% increase in number of passengers accommodated by the port in 2017 as compared to 10 years before.

The Port of Durban is the busiest in South Africa and has the largest container terminal in the southern hemisphere. It's common to see ships waiting outside the harbour for their turn to enter.

Ships are guided (piloted) in and out of the harbour by a guide. Pilotage of ships into and out of the Port of Durban is compulsory. The pilot is picked up by helicopter from the ship once it has been guided out of the port. Alternatively, for ships entering the port, a helicopter drops the pilot off on the ship before it enters the port - the rendezvous point is 3 nautical miles north-east of the habour's entrance.

The port serves not only Durban, but is also used as a point from which to transport goods to and from Gauteng, the economic hub of South Africa. The Port of Durban is run by Transnet National Ports Authority. A major initiative being looked at is developing a dig-out port where the old Durban International Airport was located (south of Durban), and moving the single buoy mooring oil loading facility.

Cruise ships berth outside N Shed, T-Jetty, at the dedicated passenger terminal facility. In addition to cargo and cruises, there are also quays for commercial fishing boats at the Silt Channel & Maydon Wharf and marinas for yachting.

A new terminal is being built, and recently Transnet announced that a JV between the Africa Armada Consortium (30% ownership) & MSC Cruises SA (70% ownership) has been announced as the preferred bidder (their JV is called "KwaZulu Cruise Terminal") - they've quoted R100m for the job. Africa Armada Consortium is a BEE company. It is expected that the new terminal will be operational by October 2019, and that KwaZulu Cruise Terminal will be granted a 25 year concession to operate the terminal.

Most passengers who are cruising with MSC book their shuttle service between the airport and the port. We have found that for groups of 3 or more it's more cost effective to book with Uber.

There's a large car park at Durban harbour where cruise passengers can leave their vehicles whilst they enjoy their boat trip.

As you leave the Port of Durban and head north you'll pass Richards Bay - keep an eye out for loads of ships ferrying coal from South Africa to India and China - it's quite a sight to behold.

What to do in Durban before and after your cruise

Durban offers perfect beach weather all year round even when the rest of the country is freezing! So the number one thing to do while you are in Durban is head to the beach for a day of fun in the sun. The famous North beach stretch is great for surfing and swimming and also offers some great spots to eat and drink with a view of the sea. Within walking distance is uShaka Marine World which is a must visit for families. Here the kids (and young at heart) can enjoy loads of fun water slides as well as dolphin and seal shows and an aquarium.

Adventure seekers should be sure to visit the Moses Mabhida Stadium which hosted some 2010 soccer world cup matches. Here, visitors can try out the SkyCar ride to the top of the stadium's arch to enjoy spectacular views of Durban. The stadium also boasts the world's only stadium Big Swing which is not for the faint hearted.

If you are feeling lucky, visit the Suncoast Casino and Entertainment World to try your hand at some gambling. For the shopaholics, Gateway Theatre of shopping will not disappoint.

Durban is famous for its curries so make sure you don't leave without trying one!

Hola! Thank you for reading to the bottom of the page :) Hopefully you now have all the info you require to book your cruise from Durban (with us, of course) - if not, then please pop us a question in the comment box below (in fact drop us a note anyway, we love it when clients say hello). And remember, please take lots of photos of your cruise and email some to us at cruises@southafrica.to (we just love it when clients share their adventures). Ciao. Wishing you blue skies and calm waters.