"Where are the guys with the guns?" You may wonder on stepping out of the airport in Johannesburg - the media loves to paint a less favourable picture of crime in Joburg, but in reality it's not quite that bad (granted, if you stay on the right path)! In fact, OR Tambo International Airport is South Africa's busiest point of entry (the 2nd busiest is the Beit Bridge border post with Zimbabwe) into South Africa.

While arrival numbers have been down since April 2020, it is still interesting to note which domestic airlines have the best on-time performance.

Airlink has narrowly won scoring 98,24% compared to FlySafair's 97,28%. Newcomer LIFT has also performed well in May 2021, scoring 95,83%. Making these the three most reliable airlines when flying to Johannesburg.

Things to do in Johannesburg

Johannesburg is a true urban jungle, with high risers and shopping malls around every corner. Make sure that you make the most of this urban metropolis and hit up all the best international brands and historical hotspots. If given half a chance, do book a few days' of car hire and travel to one of Joburg's surrounding game lodges for a chance of spotting the big five.

OR Tambo International Airport is the only major airport in South Africa with a train system from it - the Gautrain.

To travel the 28km from the airport to Sandton takes about half an hour: Take the R24 heading towards Johannesburg, take exit 113 to head towards the N3, follow the signs to the N3 northbound to Pretoria, take exit 121 to London Road and turn left onto Katherine Street.

Use the airline comparison tool on the left find cheap flights to Johannesburg's Lanseria Airport & O.R. Tambo International Airport across all airlines and book the cheapest flight to Johannesburg.

Subscribe to our mailing list to to be automatically notified of flight specials to Johannesburg. Navigate to our flight specials page to see which airlines are currently offering good airfares to Joburg. We also have a tips for cheap flights page which looks at some techniques you can use to get better flight prices (e.g. credit card bounty points).

Flights to Johannesburg from outside South Africa

Flights to Johannesburg from Europe

Many of the major cities in Europe have direct flights to Johannesburg.

Flights to Johannesburg from the rest of the world

You can get onto a non-stop flight to Johannesburg from most of the major cities in the world.

My First Flight was to Johannesburg

21 October 2013 : "My first flight was from Durban to Johannesburg. It was during the winter of that year. My cousin and I were coming for a holiday. When we boarded the flight in Durban, the weather was fine. But we carried our jackets in our hands because we heard lots of stories about the freezing weather in Johannesburg. We enjoyed the flight and a few minutes before landing, we heard an announcement from the captain that we were going to land shortly and that it was minus 2 degrees. We immediately started shivering and put on our jackets. When we landed, we were so afraid to come out of the plane and we caused quite a stir. The air hostesses had to pacify us and help us out of the plane into the terminal. This incident happen 32 years ago in 1981." Thank you to Reshma Singh for emailing us this recollection of her first flight.

If you've got more time on your hands and/or are looking for a more environmentally friendly way of getting to Johannesburg why not purchase a Premier Classe train ticket (or Shosholoza Meyl or Blue Train).

Don't be fooled into thinking there's nothing to do in Johannesburg, and merely use it as a transit point to get to the rest of South and southern Africa. The top ten activities in Johannesburg are: 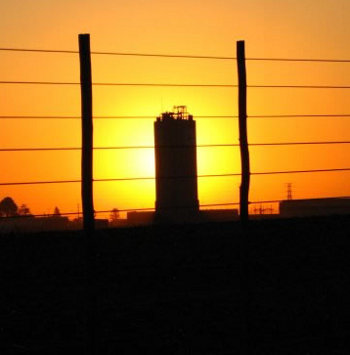 In South Africa's summer (December, January and February) you can expect to experience hot days and electric lightning storms in the afternoons. In South Africa's winter (June, July and August) typical weather is sunny cool days with single digit temperatures at night.

The Gautrain is a very fast and effective way of getting from OR Tambo to Sandton or Pretoria. The train cuts down both on travel time and cost. See timetable and prices below:

Gautrain Station at OR Tambo - 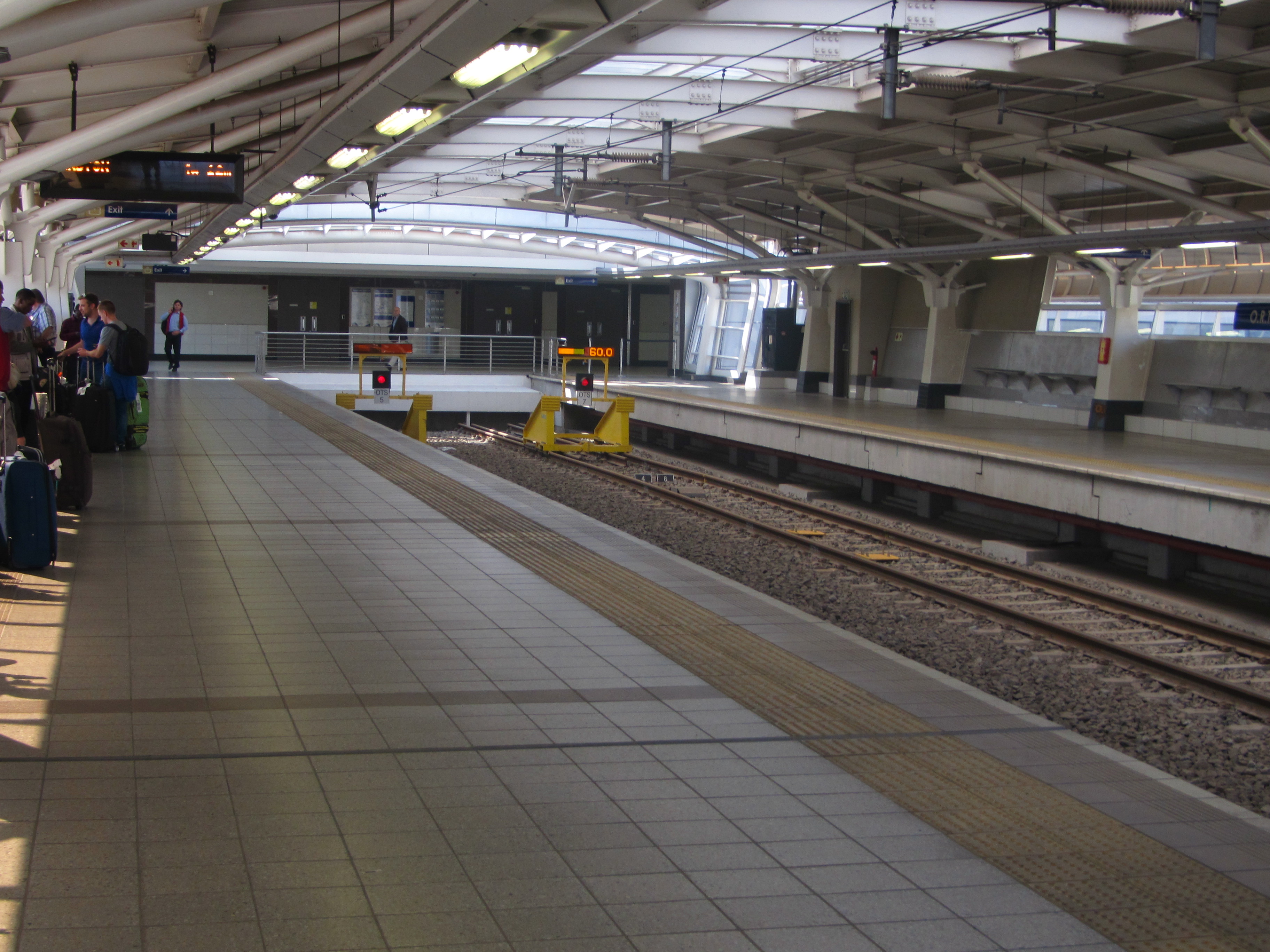 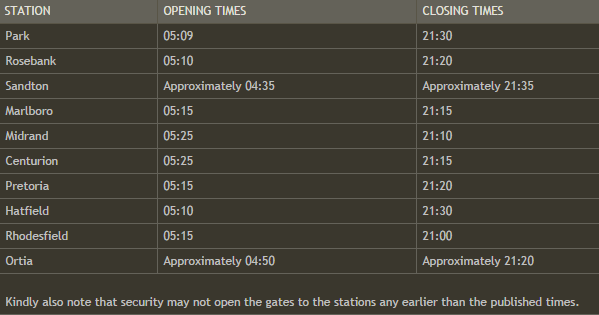 The brand new high-tech train arriving at the station - 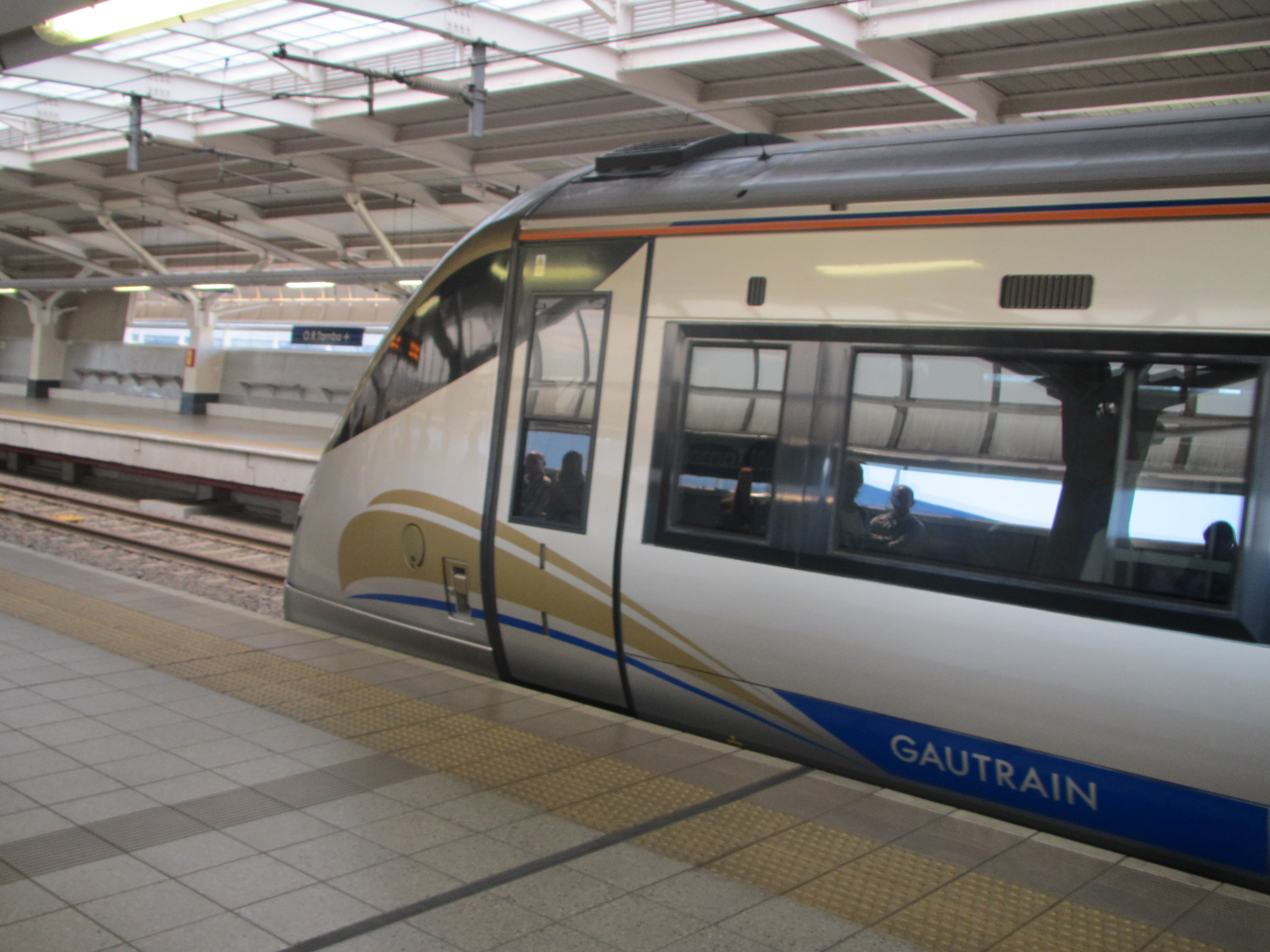 We'd love to help you find a cheap flight to Johannesburg. Please email a review of your OR Tambo flight to cheapflights@southafrica.to and we'll give you a flight discount voucher to reduce the cost of your next trip.