FlyAfrica (Z7) was a relatively short-lived low-cost African airline. The airline is now based in Harare, Zimbabwe but they had previously had several South African investors and ties to Fresh Air.

Their previous CEO Godfrey Banga had no prior experience in the aviation industry. They also appointed New Zealander Adrian Hamilton-Manns as Project Leader following his two year stint at SAA as Head of Network Planning and Distribution. Matipedza Karase wass their country manager in Zimbabwe. He is the Co-founder and Group Chairman of the Nu-Group of companies and has previously held the position of Chief Operating Officer at Fresh Air.

Launching their first route between Vic Falls and Johannesburg on the 23rd of July 2014, they grew their route network significantly in a period of just over a year before they started experiencing difficulty. Problems with their air operating license in Namibia and a fraudulent partner in Zimbabwe seems to have been the airline's undoing. Although the airline has stated multiple times that this is not the end for them, their extended leave from the sky has significantly damaged passenger trust.

FlyAfrica started with the Johannesburg - Victoria Falls route and soon added a few extra routes. The airline is based in Zimbabwe but plans on expanding to other African countries.

They are starting out with an initial fleet of five Boeings 737-500. This caters for 12 business class seats and 102 economy seats.

Fly Africa are also speeding up the check-in process by making you select your seat at the time of booking. If you don’t have any check-in luggage you can completely skip the check-in counter at airports other than OR Tambo International Airport in Johannesburg. You can thus check-in at the boarding gate at any of the other airports.

They are combatting high airfares by promising to never add fuel surcharges to their airfares. In an effort to further reduce costs, their base fares do not include checked baggage (ie the same structure as Fastjet). If you want to travel with checked luggage it is charged additionally either at the time of booking at a reduced fee or at the airport. You have the choice of either buying 20kg or 30kg of checked luggage and can upgrade at check-in or pay per kilo that you are over the limit. The maximum checked baggage limit is 32 kg. You can also pay for a second carry-on bag as long as it still weighs under 7 kg.

Flyafrica.com has several tablets that you can hire during your flight for entertainment purposes. In-flight meals are not included in the base fare and can either be pre-purchased or bought on-board.

Fly Africa's lounges aren't only limited to business class flyers as anyone with a ticket can purchase access to these and travel in comfort.

28 April 2016: FlyAfrica Zimbabwe announced recently that they will rebrand and relaunch as new investors back them. Under the name flyafricazim, they hope to establish a pan-African airline operating similarly to FlyAfrica. They plan to launch a Johannesburg - Harare route from mid-May already and hope to follow with internal Zimbabwe flights. In order to lease new aircraft, reservation support, web support and online marketing the company bought Airconnect, who had previously been hired to do the same for FlyAfrica Zim. The airline plans to launch subsidiary airlines in four countries over the next two years, each of which must be self-sustaining. We wonder whether Comair might have made an investment in the airline, which would explain their statement last week.

12 February 2016: Acting CEO Michael Duncan has expressed that the airline hopes to resume flights between Johannesburg and Harare, possibly by today as they are in posession of a valid air operating certificate. Richard Bodin, cco of fastjet, has sympathised with the airline, saying that it can take up to three years to acquire a license to operate a route in Africa, citing politically influenced processes as the main cause. Other problems are caused by legacy carriers whose whole structure are threatened by low cost airlines. There is no update on when FlyAfrica Namibia will take off.

9 February 2016: FlyAfrica's previous CEO Adrian Hamilton-Manns has left his position at the airline. Michael Duncan has replaced him. They did not release any further information on the airline's current status.


FlyAfrica wins some, still no news on renewing operations

20 November 2015: FlyAfrica Zimbabwe announced that they have finally won their lengthy court battle and will hopefully resume flights on the 24th of November 2015, after nearly a month of being grounded.

They still need to get their bank accounts unfrozen so that they can continue with the refunds and start taking new bookings.

No news on when FlyAfrica Namibia flights will resume.

Judging from their social media following, the airline will have to offer clients more than cheap flights to instil trust after they have offered so many false reports already.

3 November 2015: The airline's ongoing troubles with their fraudulent Zimbabwean partner and the CAAZ has resulted in them having to cancel their flights between Harare and Johannesburg, Bulawayo and Johannesburg and Victoria Falls and Johannesburg up to and including the 4th of November 2015. Although talks with the Zimbabwean authorities are underway, they felt like they could no longer leave passengers feeling so uncertain. Passengers affected can submit for a refund, either themselves or through their travel agent. The airline is optimistic that flights will resume on the 5th of November 2015. Please note that this does not affect FlyAfrica Namibia's fligths.

28 October 2015: It emerged yesterday that FlyAfrica Zimbabwe's operations has been temporarily suspended. A fraudulent partner illegally and unilaterally attempted to surrender their Air Operating Certificate (AOC) with CAAZ following confrontation by the airline.

FlyAfrica is in dialogue with the Civil Aviation Authority of Zimbabwe (CAAZ) and anticipate restoring normal flight schedules from Friday 30th October. In the interim passengers will either be accomodated on alternative aircrafts sourced from their partners or offered a full refund where no alternative is possible. It has to be noted that FlyAfrica has in the past handled similar situations with dignity, quickly making alternative arrangements for their passengers before resolving the issue. 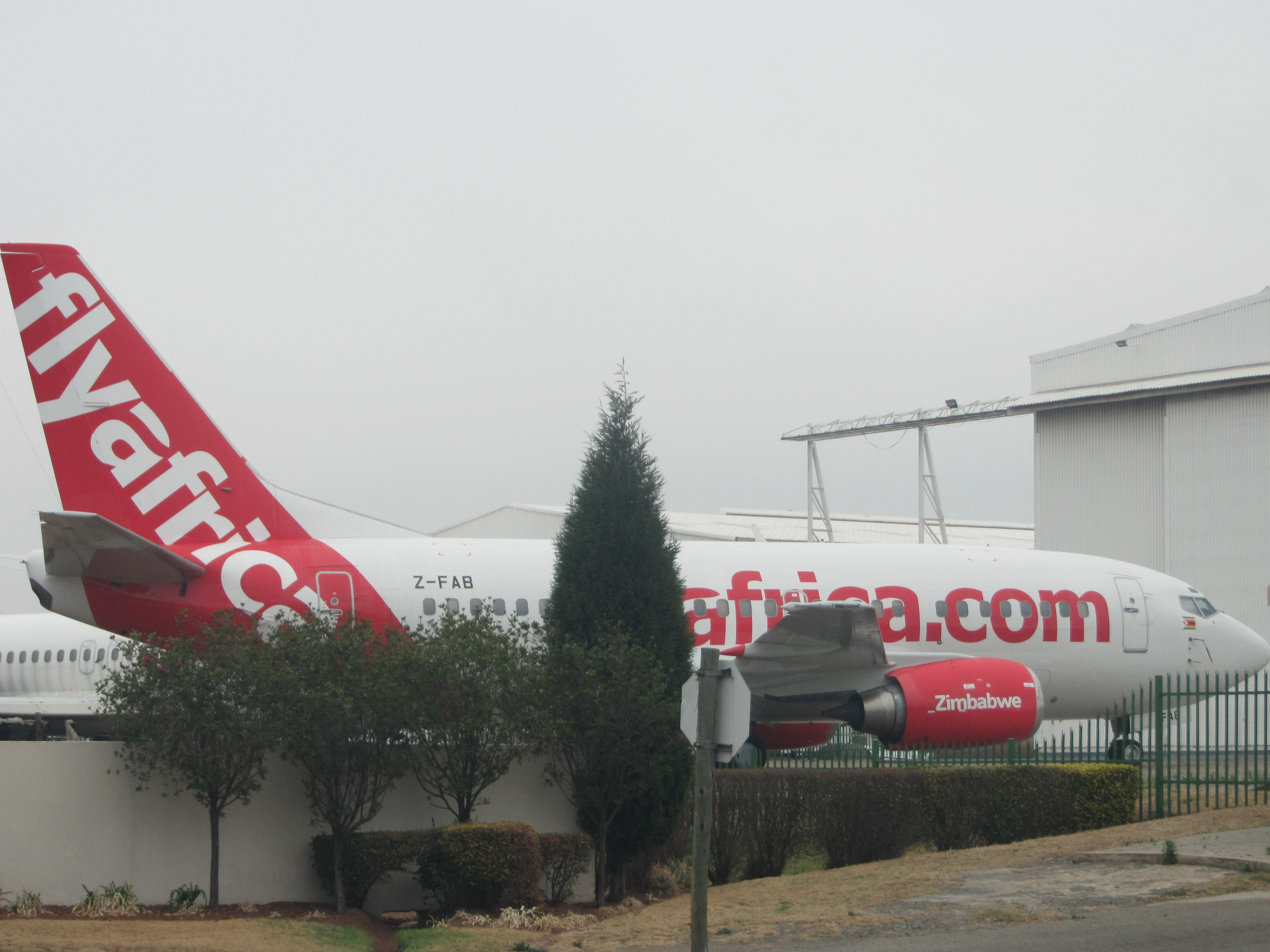