birds in the Kruger National Park

Also known as the "voice of Africa", the fish eagle is not averse to throwing its head back and letting out a loud-drawn-out lonesome cry. The fish eagle is best known for the dramatic photos taken when they swoop down on the water's surface to pluck a fish for lunch; but they prey also on mice and other birds. 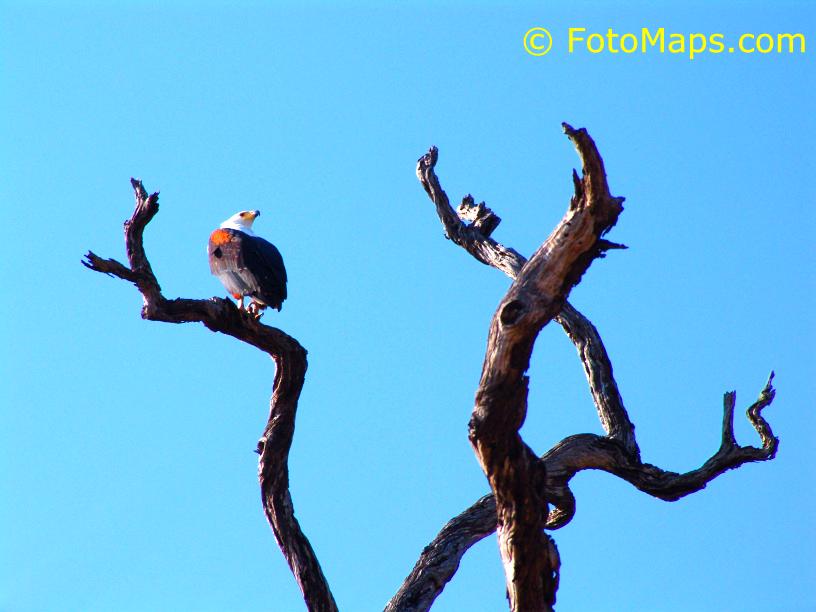 The Kruger National Park's francolin is usually found foraging around on the ground. It is a medium-sized bird, distributed from Ethiopia to South Africa. In South Africa it is a very common resident found in the north and east. The francolin is a noisy bird, usually found in pairs (as in the picture) or family groups in bushveld or riverine forest. It lives off berries, bulbs, insects & seeds. 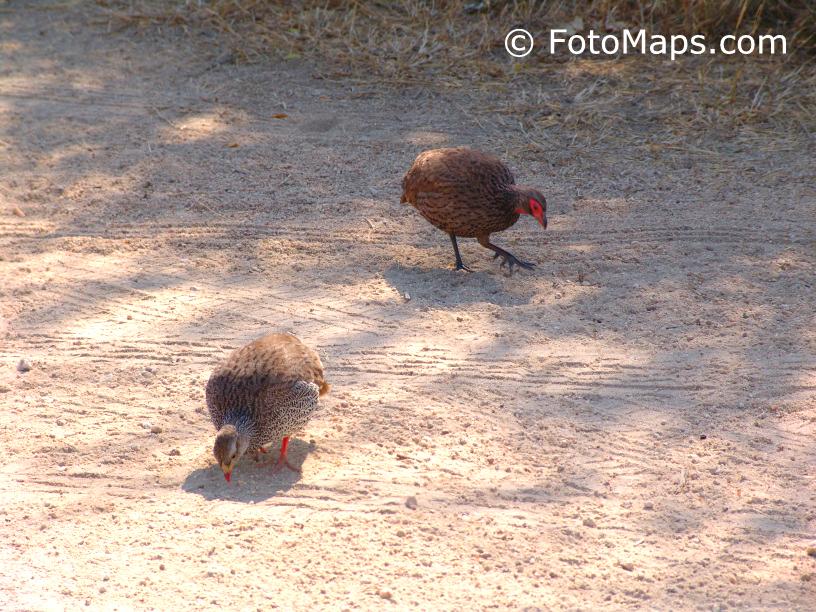 The helmeted guineafowl (Numida Meleagris) breeds in Africa, mainly south of the Sahara. It is a large bird with a small-unfeathered head and round body. Helmeted guineafowl are gregarious birds, typically forming flocks (outside of breeding season) of about 25 birds. It feeds on small invertebrates and seeds. This is a terrestrial guineafowl, and when disturbed it will run rather than fly. When disturbed, it makes loud harsh crys. 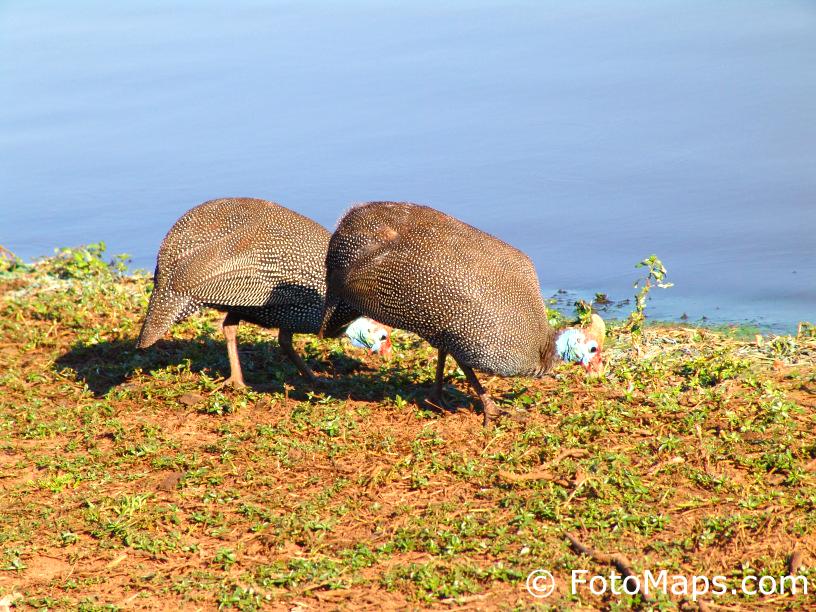 The bird is a vulnerable species, found mainly in national parks & reserves. The Southern Ground-Hornbill is a large bird. Its lives in savannahs, woodlands and grasslands of north-east southern Africa, and lives in groups of 5 to 10 including adults & juveniles. The juveniles are dependent on adults for up to 12 months. They feed off the ground, living on frogs, insects, reptiles, small mammals & snails.

This is a medium-sized birth, characterised by a long yellow beak. The Yellow billed hornbill is found from southern to north-eastern Africa. It forages mainly from the ground for scorpions, seeds, small insects & spiders. In the dry season, ants & termites are a favoured food source. Females lay about 3 white eggs in their nests, and incubate them for about 25 days. The juvelines are dependent on adults for about 45 days. 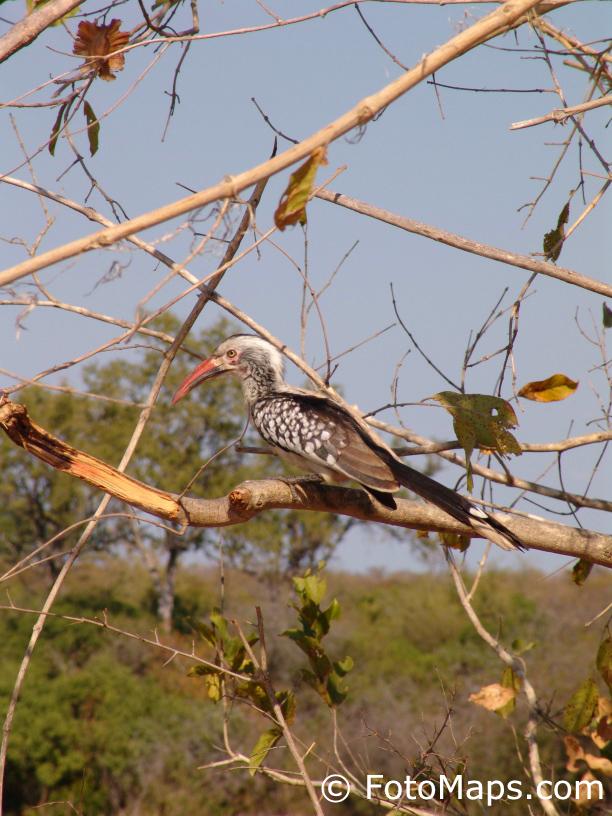