31 May 2008. The Kulula flight started off with with a bit of humour - one of the cabin crew is ex Nationwide Airlines, and "he's quite emotional " so passengers must please be sensitive about this. We were also informed that another of the cabin crew is pregnant with twins - to which the entire plane cheered. Kulula has done away with a lot of the humour in its safety announcements, as they "take air safety seriously".

(Subsequent to this review being written, we have set up a dedicated page for Kulula flights from Cape Town to Johannesburg - navigate to it to see all details of flights on the route)

Here's a photo of the Kulula plane we flew on, showcasing of the causes Kulula supports - "We are mooving money for CHOC": 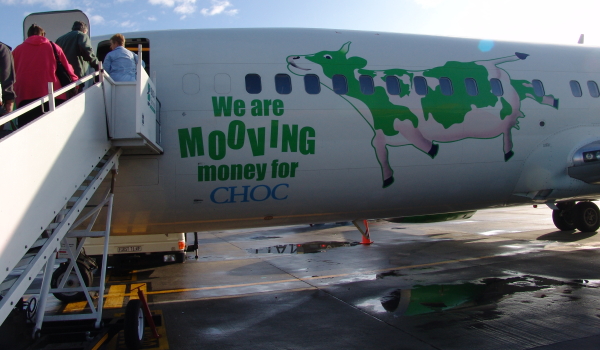 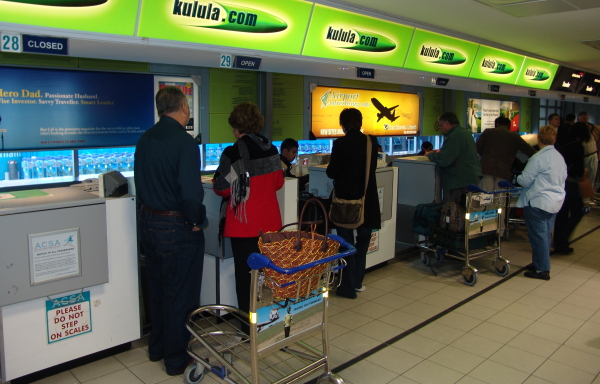 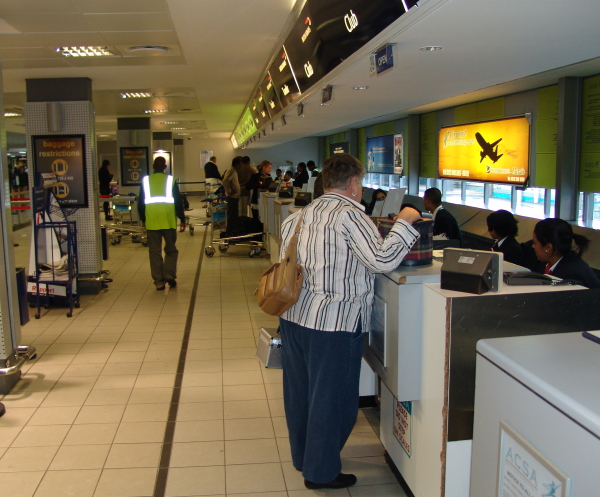 We had our little one on board with us, and the gentleman next to the aisle seat was kind enough to move to another row, to give us all 3 seats - good to see that Kulula are transporting some high quality individuals.

There was quite a bit of time spent announcing the various Kulula spinoffs like a partnership with Imperial Car Rental and Europcar South Africa and the Kulula credit card (which was advertised on every single overhead locker).

On disembarking in Johannesburg, a special announcement was made to Capetonians on the plane: "In Gauteng there is a fast lane on the roads. The fast lane is on the right hand side. All Capetonians should please stick to the left side of the road!"