Do not be alarmed if South Africans announce that they were held up by "robots" (their name for traffic lights), however considering that South Africa is one of the most dangerous countries in the world not at war, it does make sense to take special precautions.

The level of crime in South Africa is unfortunately high and caution must be taken! Robbery, armed assault, carjackings, muggings, theft and pickpocketing occur everywhere in South Africa. Do not make yourself vulnerable to these criminals. If you take care and stay alert you have less chance of experiencing this crime.

These are obviously not the only safety issues in the country and there are other things to keep in mind, such as your health, terrorism, political tension and airline safety. You should be aware of these things at home, but when in South Africa be sure to be informed. Never wander alone, especially into townships or to large gatherings which could turn violent unexpectedly.

South Africa is a beautiful country and many people just like you live here, so it isn't all that bad. Don’t let the crime spoil your vacation, but don’t let negligence ruin your life. Stay alert and be aware. If you take care you should enjoy your holiday with no problems. 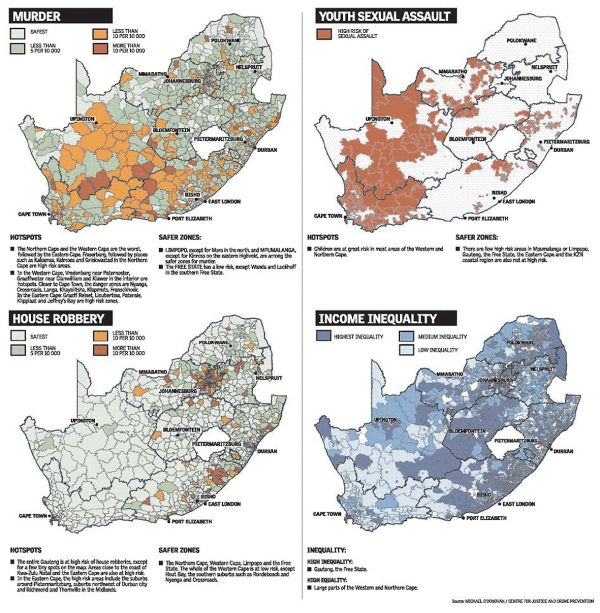